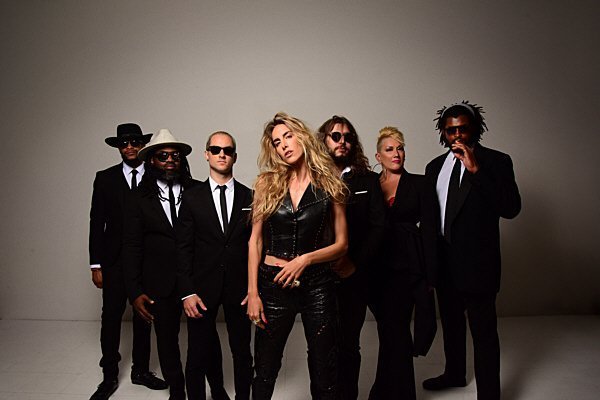 With their 2017 debut single DARE, Miss Velvet and the Blue Wolf took the listener on a journey back to the days of psychedelic rock and epic rock vocals.

After a residency at NYC’s Rockwood Music hall, two tours in Europe, the band began blowing up airwaves in Germany, Finland and Estonia. Another dream came true when they made a last minute Halloween appearance as opener for their idol George Clinton at NYC’s BB Kings and The Howard Theatre in Washington DC. That dream debut led to 62 performances with George Clinton and P-Funk to cities across the US and Europe.

Miss Velvet and The Blue Wolf celebrated a year of touring with the funk legends on Halloween 2018 at the Howard Theater and made their debut at the new Sony Hall in NYC on November 2nd 2018.

2019 has seen MV+TBW (with JS Williams on trumpet and TJ Robinson on trombone 2) continuing to tour with Dr. Funkenstein and Co. with concerts in Hawaii, Australia and Japan and his One Nation Under A Groove tour, coinciding with the release of Miss Velvet and The Blue Wolf’s second album FEED THE WOLF released August 2019 featuring George Clinton. 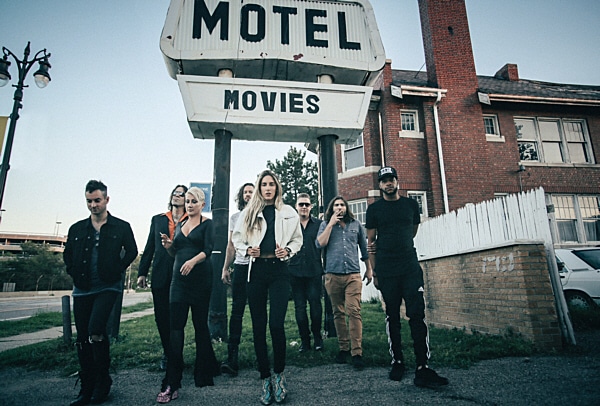 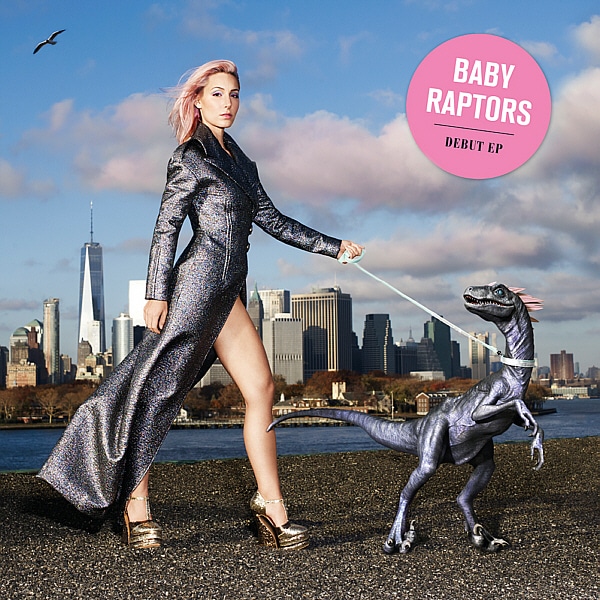 Baby Raptors’ debut EP on Isotopia Records is an irresistible combination of retro 80’s songwriting combined with the vibe of Action Bronson’s hit Light in the Addict producer, Justin Nealis aka Party Supplies.

Baby Raptors’ smooth, seductive vocals on her single I am My Only Love (#40 on the UK dance charts) beckons us to dance the night away in the same way Madonna’s Holiday first blew up overnight on the club scene.
With the release of her new single Strings the comparison to 80s icons becomes even stronger, as Party Supplies’ production evokes a purposeful chic nod to the days of Prince nostalgia. However, it is Baby Raptor’s flawless, fresh, vocal timbre which possesses a vocal range not heard since the days of a young Mariah Carey, that excites us about the future for this new pop artist and songwriter on the rise. 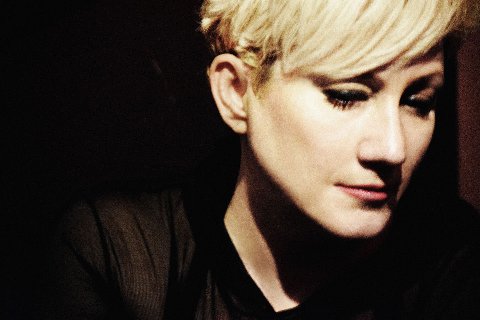 Constance Hauman made her debut as a songwriter, pianist and producer with her debut solo album, Falling Into Now, chosen by The Guardian UK as #8 of the top 10 critics’ picks for the best pop album of 2015. Her 2nd solo album, High Tides, was released to critical acclaim and extensive radio play in January 2019.

She has toured the US, Europe, Australia and Japan with George Clinton and Parliament Funkadelic for most of 2017-2019 with the indie funk rock band, Miss Velvet and The Blue Wolf for which she is the music director, keyboardist, co-producer and co-writer for both their debut and sophomore albums.

Ms. Hauman’s debut with the Vienna Statsoper (Dec. 2019) as Queen Elizabeth in Olga Neuwirth’s adaptation of Virginia Wolff’s Orlando marks her return to the classical stage.

Holding many credits in the classical world, Constance is perhaps best known for having the only live recording of Alban Berg’s Lulu (Chandos) in the fiendishly difficult title role; this historic recording has been reissued several times to continued acclaim since it was first recorded in Copenhagen in a series of performances at the Queen of Denmark’s Castle, designed to celebrate Copenhagen as the Cultural City of Europe in 1996.

She went on to perform the title role again in Ivo van Hove’s equally acclaimed new production of Lulu in Antwerp and Ghent which brought a collaboration with van Hove in the world premiere of this theatre piece Alice in Bed for New York Theatre Workshop.

In 2003 Hauman received stellar reviews for the world premiere of Alice/Renee in Olga Neuwirth’s and Elfriede Jelinek’s stage adaptation of David Lynch’s film Lost Highway which was an international event when Graz Austria was chosen as the Cultural City of Europe. Performances followed in Basel Switzerland. In 2004, the recording on Kairos was a recipient of the French Diaspon D’Or for outstanding new recording with Miss Hauman in the leading female role of Alice/Renee.

Constance catapulted to international success with the London Symphony when Leonard Bernstein chose her to fill in on 24 hrs. notice to replace an ailing June Anderson in the only performances he conducted of his operetta Candide. This legendary concert performance led her to over 150 performances of Cunégonde in Candide over a 6 year period.

She made her Royal Opera House, Covent Garden debut in 2000 for the re-opening of the Opera house in the role of Morgan le Fey in Harrison Birtwistle’s Gawain.

Constance is also the creator, writer, producer, performer of Exiles in Paradise, a documentary film/live performance recital with string quartet which spans the history, lives and Hollywood stories of Eastern Europe’s exiled composers in Los Angeles from 1932–1949. Exiles opened up the Jewish Museum in Berlin on September 10, 2001. It has been performed at the 92nd St. Y. New York City, Austrian Embassy, Washington D.C., Schoenberg Hall UCLA and in 2006 for a month of performances at the Falcon Theater (Garry Marshall) in Burbank, California.

A specialist in the Viennese School, Ms. Hauman has been championed for her recitals of the rare works of Zemlinsky, Berg, Schoenberg and Schrecker in Washington DC and New York City.

Constance Hauman is a Richard Tucker Award recipient as well as being honored with a 2008 Alumni Merit Award from Northwestern University where she studied voice and political science. Originally from Toledo, Ohio, she received an Ohio Citizens Award in 2009 for Exiles in Paradise.

Merging her illustrious and varied classical career with her love for many musical genres, Ms. Hauman is the creator/founder of the independent record label Isotopia Records, distributed by Naxos USA and Proper Music UK.

In addition to her own label, Hauman has recorded on the Kairos, Teldec, Capitol, Chandos, Naxos and Sony labels. She can be seen as Kate Pinkerton in Frédéric Mitterrand’s critically acclaimed film, Madame Butterfly. 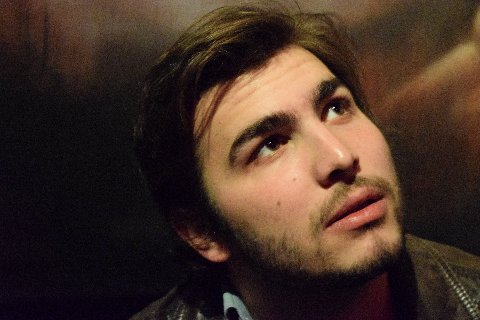 Henry Ott is a graduate of NYU. A guitarist and composer in his own right, he also is known as one of the new generation’s masters of mastering. He resides in Brooklyn and Paris and he is the co-founder and creative director of the 2F Collective. Henry is also a Sun Ra and Frank Zappa historian.